Protecting your brain from the damages of mercury, aluminum & lead
By Mr. Steven Horne

It's pretty obvious that it's not desirable to lose or waste your mind, but millions of Americans do exactly that every year. I'm not talking about failing to get educated, I'm talking about developing dementia, a disorder where you lose memory and cognitive function as you age.

The most common and well-known form of dementia is Alzheimer’s disease, which accounts for about 50% of the cases among Caucasian people. Alzheimer’s affects over five million people in America. Thirteen percent of people over 65 have it and half of all people over 85 suffer from this disease.

Furthermore, the number of people suffering from brain-destroying illnesses is increasing world-wide, especially in developing countries.  This shows that these diseases are not natural by-products of aging, but problems brought on by the toxins in modern industrial society.

All of these disorders are very difficult to treat once they have started because it’s not easy to rebuild damaged brain cells.  It is not impossible; it's just extremely difficult.  So, it’s much wiser to keep your mind in the first place rather than have to hunt for it after you lose it.

Some years ago there was a commercial where some eggs were dropped into a hot frying pan.  Showing the eggs the narrator said, "This is your brain."  As the eggs were dropped into the frying pan, he said, "This is your brain on drugs."  It was an effective message. However, drugs aren't the only thing that can "fry" your brain. You see any toxin or irritant that sets up an inflammatory response in your brain is going to "fry" it.  That's basically what happens in diseases like Alzheimer's and Parkinson's. The oxidative damage from the inflammation "burns up" your brain cells.

Besides drugs, alcohol is very good at doing this. So, if you want to avoid "burning out" your brain it's wise to minimize the consumption of alcohol (or not drink at all).  But the commercial could have also said, "This is your brain on toxic chemicals," because there are also many environmental toxins that "fry" your brain cells.

Toxins That "Waste" Your Mind

When it comes to damaging your brain, heavy metals, such as mercury, aluminum and lead, are the first big concern, followed by petrochemical solvents such as paint, gasoline, dry cleaning and carpet cleaning solutions and spot removers.  The combination of both is particularly deadly to your brain cells.

Lead and mercury are both known to cause retardation and mental deterioration.
Mercury can be introduced from many sources, including  fungicides, pesticides, dental fillings, contaminated seafoods, thermometers and a host of products, including various cosmetics, fabric softeners, inks, tattoo ink, latex, medications, paints, plastics, polishes, solvents and wood preservatives.  If you have “silver” dental fillings, they are actually mostly mercury, so get them removed by a competent dentist. Amalgam fillings are a major source of mercury poisoning.

Some scholars believe that the fall of the Roman empire may have been due to the use of lead pipes to carry water for the upper class. This exposure to lead basically destroyed the brains of the ruling elite. Lead isn’t as big a problem as it used to be, but it is still a concern.  For instance, if you have an older home, you may have lead-based paint which needs to be removed.

High levels of aluminium have been found in the brains of Alzheimer’s patients and while this has not been established as a cause of the disease, it’s still wise to avoid exposure to aluminum.  Don’t use aluminum cookware, unless it’s stainless steel cookware with an aluminum core.  In particular, don’t cook acidic foods, like tomatoes, in aluminum. It’s also wise to avoid antiacids and antiperspirant deodorants that contain aluminum.

"Cleaning Up" Your "Dirty" Mind

Having a "clean mind" isn't just about having good thoughts.  You also have to clean up the chemical toxins that can "get into your head."

Heavy Metal Detox is a good formula for helping to get heavy metals out of the body. Take one to two capsules per day along with about six to eight capsules of algin (a water soluble fiber that absorbs heavy metals).

Oral Chelation with Mega-Chel is also very helpful for getting rid of heavy metals and has slowed the progress of many cases of Alzheimer’s and dementia.  In some cases it may even produce some cognitive improvement.

Petrochemical solvents are a problem for the brain because they dissolve oils and fats. Since the brain is 50% fat (by dry weight), these chemicals are particularly damaging to the nervous system. Combined with heavy metals, they act as a carrier to transport the heavy metals through the fatty membranes of the cell.  This sometime happens with vaccines, which usually contain both heavy metals and solvents.

Good fats and liver detoxifiers like Milk Thistle Combination and Enviro-Detox can help rid the body of these chemicals and protect your mind.  They work best when taken with plenty of water and a fiber supplement like Nature’s Three.

Cooling the "Fire" in Your Brain 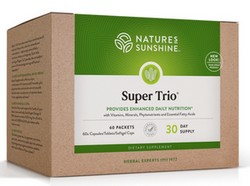 As we previously indicated, toxins promote inflammatory responses that lead to oxidative damage to tissues.  An increasing body of evidence implicates most problems associated with aging to inflammation and oxidative stress, including deteriorating mental conditions. The brain is particularly sensitive to damage from inflammation and free radicals, so one way to keep your mind from being burning out and becoming “fried” by toxins is to eat plenty of antioxidant-rich fresh fruits and vegetables, organically-grown where possible. Most experts recommend 5-9 servings of these health-protecting foods every day.

Another option for protecting the brain is Brain Protex. This formula is designed to enhance acetylcholine production and inhibit free radical damage to the brain cells responsible for memory.
Acetylcholine is the neurotransmitter involved in memory. Alzheimer’s disease involves the destruction of brain cells that produce acetylcholine.

Brain Protex contains an extract of Chinese club moss which contains a substance called huperzine A.
Huperzine A has been shown to help prevent and slow the progress of both Alzheimer’s and dementia.
Brain Protex also contains antioxidants that cross the blood brain barrier to protect brain cells from oxidative damage and nutrients that support acetylcholine production.